Psilocybin and the Default Mode Network 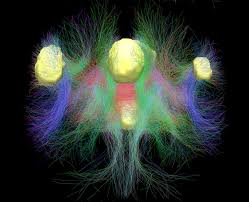 Modern neuroimaging technology like Functional Magnetic Resonance Imaging (fMRI) has proven psychedelic drugs (psilocybin in particular) to have a myriad of positive effects on the human brain. Most notably the stimulation of two crucially important neurotransmitters (glutamate and brain derived neurotrophic factor), the facilitation of hyper-connectivity between regions of the brain that don’t normally communicate, and most relevant to the treatment of depression and anxiety - the dampening of activity in the Default Mode Network. This temporary reduction in activity functions as a “reset” of the network and is hypothesized to be responsible for psilocybin's efficacy in breaking negative thought patterns, and for the enduring psychological benefits associated with the drug.

The Default Mode Network consists of an interacting group of brain regions which exhibit activity highly correlated with each other and distinct from other networks in the brain. Some of these brain regions include the Posterior cingulate cortex, the Medial prefrontal cortex, the Angular gyrus, the Dorsal medial subsystem, and the Medial temporal subsystem.

The Posterior cingulate cortex is responsible for cognitive functions like the formation of memory, and our perception of “self” (AKA ego). The ventral (lower) part of PCC activates in all tasks which involve the DMN including those related to the sense of self, perception of others, remembering the past, thinking about future, processing complex concepts, and spatial navigation. The dorsal (upper) part of PCC involves involuntary awareness and arousal

The Medial prefrontal cortex is responsible for the processing of personal information, such as how an individual creates and perceives autobiographical memories, future goals and events, and the consciousness or thoughts of those very close to them (such as family). The ventral (lower) part is involved in positive emotional information and internal reward values.

The Angular gyrus interconnects cognitive functions like perception, attention, and spatial awareness, and decides the brains response to these stimuli. It is also thought to be crucial to the recollection of episodic memories.

The Dorsal medial subsystem is involved in socially directed thought such as determining or inferring the purpose of others' actions, allowing us to reflect on our own beliefs about others, aiding in the retrieval of semantic memories associated with socialization (semantic memory refers to general world knowledge that we have accumulated throughout our lives) and the ability to conceptualize abstract information that is social in nature, such as differences in cultural or religious beliefs.

The medial temporal subsystem functions alongside the PCC to allow the perception of past, present, and future, and the simulation within our mind of future events or situations. It is also involved in memory formation, specifically the “dating” of memories.

*Visualization of the brain regions that comprise the Default mode network

The connections that form the DMN gradually increase from birth to the age of approximately five, which coincidentally is also when a child develops a sense of internal narrative or ego. As an individual matures, the brain stores information generated from the stimuli of life in a patternized fashion, developing habits and pathways of thought that become increasingly confining. A great analogy to represent this development and subsequent confining of thought patterns was coined by psychiatrist Dr. Matthew Brown -

“If you do the same thing repeatedly, it is like you are walking down the same path all the time. Naturally, that path becomes very well worn and easy to walk down. Psychedelics (due to the reduction of DNM activity) ‘mow the lawn’ so that you can walk down a new path a little bit more easily.”

The confined thought pathways and patterns that constitute the “default” mode of brain operation have been shown by fMRI to be most active when an individual is in a resting state and their attention is not engaged in a task or stimulus. The DNM, and specifically an overactive DNM has been hypothesized to be relevant in many psychological disorders including alzheimer's, autism, schizophrenia, depression, chronic pain, posttraumatic stress disorder and anxiety. As a result of Dr. Brown's years of experience in psychiatry, he has correlated overactivity in this network to excessive self-criticism, rigid thought patterns, and negative thought loops. These are all thought patterns that are consistent with the conditions of depression and anxiety. A prime example of how an overactive DNM can negatively affect an individual can be conceptualized through a thought experiment.

Imagine you are in a social setting and tell a joke that is met with awkward silence. Others in this setting may initially be thinking “that wasn’t very funny” or “why would this individual say that”. However, they will quickly move on to the next topic of conversation and soon forget the failed joke entirely. Meanwhile, you (the teller of the joke - with an overactive DNM) are excessively ruminating about how foolish you made yourself look, and can become trapped in a negative thought loop.

The state of consciousness induced by psychedelics has been compared to that which exists in early childhood (when the DNM is developing and not yet fully functioning) – we experience awe and wonder, perceiving everything in the world around us as wholly novel, and are much more open-minded, unconstrained by rigid thought patterns. Writer and philosopher Aldous Huxley theorized that in order “to make biological survival possible, the vast amounts of incoming data must be quickly and efficiently categorized and funneled through a reducing valve” the Default mode network is thought by many psychologists to act as this reducing valve, shutting out thoughts and information that does not easily fit into developed patterns of thought, and protecting us from being overwhelmed and confused by this mass of largely useless and irrelevant data, while leaving a small selection which is likely to be practically useful and fits the patterns of thought that have been developed.

The temporary dampening of activity in the DNM that is facilitated by psychedelic drugs, meditation, and certain stages of sleep (like stage N2 and N3 of REM sleep) has been postulated to function as a “reset” or “rebooting”, and therefore a reset of the confined thought pathways that comprise the network. Psychedelics both dampen and  disrupt the activity of the DMN, reducing activity overall and temporarily disintegrating the highly organized flow of information through the network. This allows for less ordered neuro-dynamics and a greater degree of entropy within the network, however stimulates hyper-connectivity between many other brain networks.

The Default mode network (and as a function of this the ego) and Psychedelic drugs are inexplicably intertwined. Generally, it’s our ego – the sense of “I” – that tends to create and harbor negative thought patterns. In conditions like depression and anxiety, we become self-absorbed, fixate on negative thoughts about ourselves, and are unable to take a step back and see the bigger picture. The ego erects boundaries that can lead to us feeling isolated from the people around us, and disconnected from nature and even ourselves. In a state of ego dissolution, such as the state provided by a large dose of a psychedelic, these boundaries are dissolved and you are able to see things from a macroscopic, more objective perspective. You are no longer an individual isolated from life as it takes place around you, but rather feel interconnected with the universe and all its inhabitants, and experience intense feelings of love, euphoria, and unity. 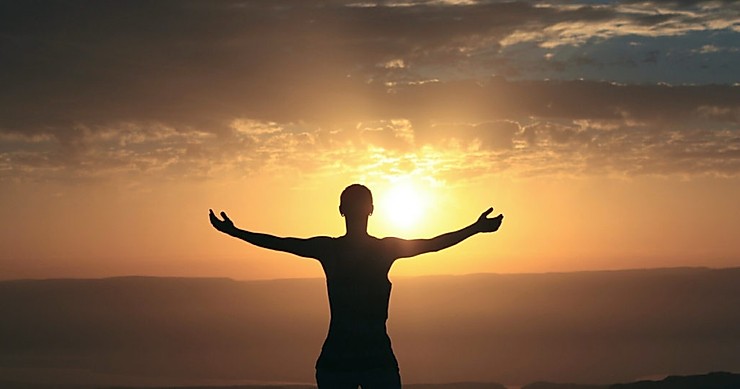 It is important to note that although experiences of ego death facilitated by psychedelics can lead to deep and meaningful personal insight, and consequently have significant therapeutic potential, they can also be terrifying. Ego death can either be a fearful or enlightening experience, which of these it ends up being depends in large part on whether the subject is prepared for the journey, and prepared to face the revelations/insights that are provided.

A very interesting function of an ego death experience, and the temporary rewiring of the brain that is enabled by psychedelics, is the sustained therapeutic effects that remain beyond the temporality of the drug, sometimes for months or even years! The resetting of the DMN combined with the profound experience of ego death that is often induced by psychedelics are reported by study subjects to be among the most meaningful experiences in a person’s life. Such experiences catalyze the breaking of negative thought patterns, becoming more psychologically flexible, and can even positively influence deep seated values or traits like open mindedness and empathy, while also increasing "self awareness".

If you are interested in how psychedelics, psilocybin in particular can be used to treat depression and anxiety (via their effects on the DNM) please contact me!